Can I predict the release date?

Yes. To do this, set the start date of the release, and enter the expected velocity per week in the release. This is done in the popup dialog for the release: 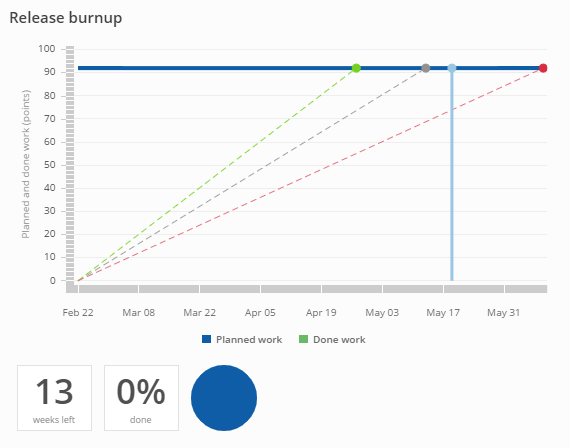